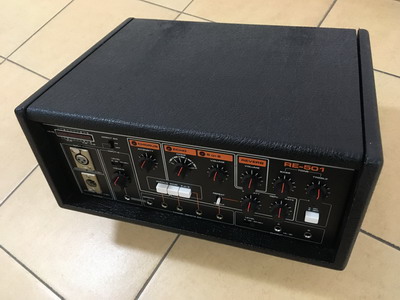 – Perform general cleaning of the inside and outside of the unit, including tedios cleaning of tolex and metal hardware
– For 100V (Japanese) versions, replace the Japanese PSU with brand new, tailor made 230V PSU
– Replace the capacitiors in the PSU
– Regenerate all pots
– Disassemble, inspect, lube and test the motor. Replace noisy bearing when necessary.
– Polish the heads, set proper levels and positioning
– Replace all felts and install newly sliced tape
– Perform calibration to factory specification

THIS IS ONE OF OUR BEST SELLING PRODUCTS. PLEASE EMAIL TO CHECK AVAILABILITY AS IT MAY CHANGE UNEXPECTEDLY.